We’ve been fighting for years to make our prisons safer places to work, and now there’s a bill in Congress that will go a long way toward achieving that goal. The Senate will be voting in the coming days on the First Step Act, a bill by Senators Grassley and Durbin that will reduce the federal prison population while improving the safety of officers and inmates. 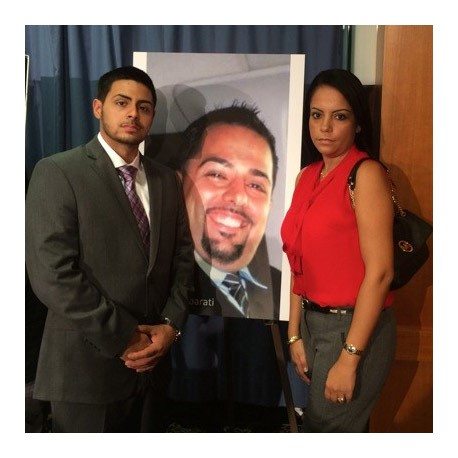 The revised bill includes the text of S. 1084, the Lieutenant Osvaldo Albarati Correctional Officer Self Protection Act, which would provide correctional officers with a secure place to store their personal firearms. Lt. Albarati, whose family is pictured above, was murdered in 2013 as a result of his work at the Metropolitan Detention Center Guaynabo, Puerto Rico.

Passage of this bill would mean installing lockers outside the secure perimeter for correctional officers to store personal handguns, giving judges more discretion in sentencing, and allowing the Attorney General to use BOP’s existing risk and needs assessment tools in developing a new recidivism risk assessment system. It would also ensure any offender convicted of assaulting a federal official would be ineligible for time credit.

Call your Senators today and tell them to stand up for law enforcement and pass this important bill.

Have you signed up for text messages so you can stay in the loop on these important issues? Text AFGE to 59129 or click here and answer a few quick questions to get signed up.