How Does the Government Make its Snow Day Decisions Anyway?

A blizzard has hit, and your front yard looks like the North Pole. You’re wondering whether or how you’ll get to work the following morning. Your eyes are glued to opm.gov, hoping to get an update on the government’s operating status sooner rather than later. Is it going be open, closed, or ‘it’s complicated’ (open but close early or closed but not really thanks to telework)?

You already know the kids aren’t going to school. Their school says “nope, we’re not braving the tundra out there.” But you may be thinking… 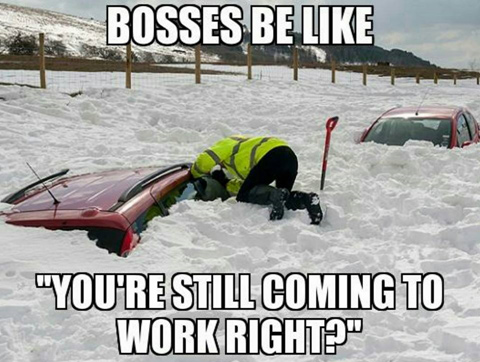 That’s exactly what happened in the Washington, D.C. area last Thursday, Jan. 21, when it took you six hours to get home because it had snowed the night before and OPM decided to open on time without the telework option.

Now you’re waiting for the next update and wondering, “What takes them so long?”

Then you have a flashback. A few years ago, you wouldn’t get an update until 3 a.m. That makes you feel a little bit better because they now seem to send out an update at a more decent hour at about 10 p.m. So that’s an improvement. But really, why can’t they make a decision sooner?

You decide to Google and this YouTube video pops up:

You break into a happy dance because your investigative skills totally slay. Maybe you should work for the CIA. 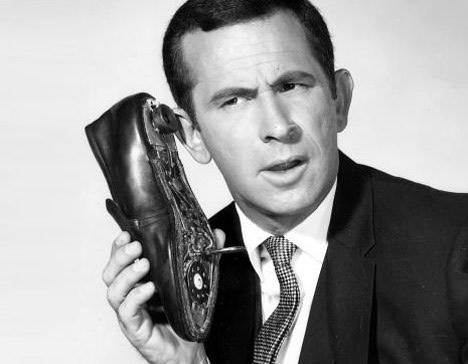 But I digress. Here’s what you find out:

OPM has something called the Situation Room. Its job is to monitor anything that might affect the status of the government and the D.C. region, including blizzards. So when a snowstorm is about to hit or has already hit, OPM holds a conference call with more than 200 partners before deciding whether to open or close government offices.

OPM relies on the National Weather Service for information on the track and timing of the storm. The Washington Metropolitan Area Transit Authority provides information on whether they can operate trains, for example.

So for you to get an update at 10 p.m., OPM and their partners meet at 9 p.m. to get the most up-to-date information.

Even when the federal government is closed, about 300,000 emergency employees still report to work. Many employees also telework from home.

Here are 5 ways you can check whether government offices are open or closed.

Now you can sit back in your chair and declare mission accomplished. Or just watch this video from the National Zoo’s YouTube page of Tian Tian the Panda adorably rolling in the snow: