On a mild winter's day on the cusp of an historic anniversary, the International Civil Rights Center and Museum (ICRM) ushered in guests for its annual gala on the grounds of North Carolina A&T State University.

Clad in suits, gowns and evening attire, guests glowed with excitement to honor the evening's award recipients and reflect on the courageous social justice actions that took place in Greensboro more than 50 years ago. The theme of the gala, Ignite 4 Change, represents the bold action of four A&T students on February 1, 1960, and what is possible when advocates for freedom take unimaginable risks.

With the tone of the evening set, ICRCM organizers drew on the history of the movement to honor leaders of today. Among those recognized were AFGE's own National Vice President for Women and Fair Practices Augusta Y. Thomas. Her history with the civil rights movement and her work as a labor leader earned her the Sit-In Participants Award. 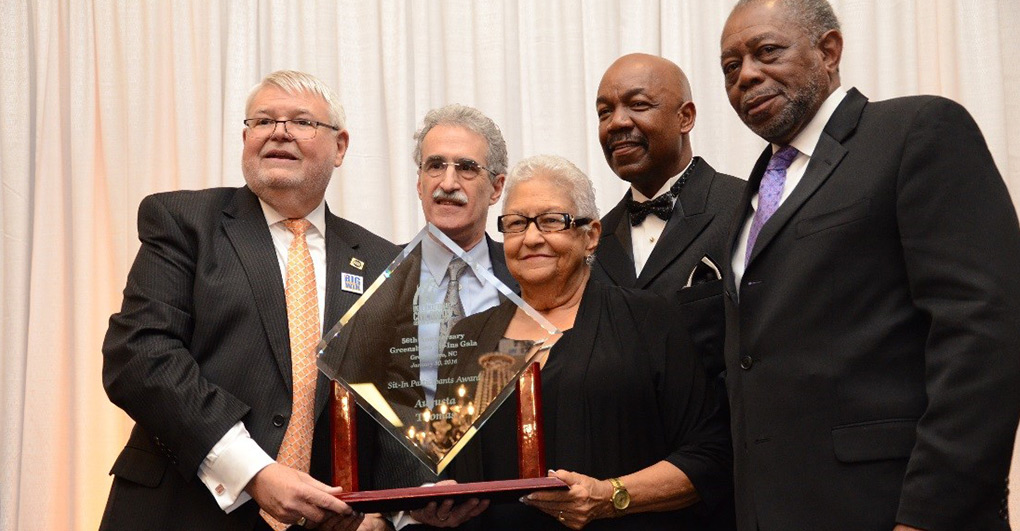 The award and the museum represent the sit-in movements sparked by Franklin McCain, Joseph McNeil, Ezell Blair Jr., and David Richmond when they began their direct action to integrate the F.W. Woolworth lunch counter.

In her acceptance speech, Thomas told the story of when she first decided to join the sit-ins in Greensboro. After seeing the actions of the Greensboro Four on television, and against the wishes of her husband and father, she left Louisville and travelled to join them. 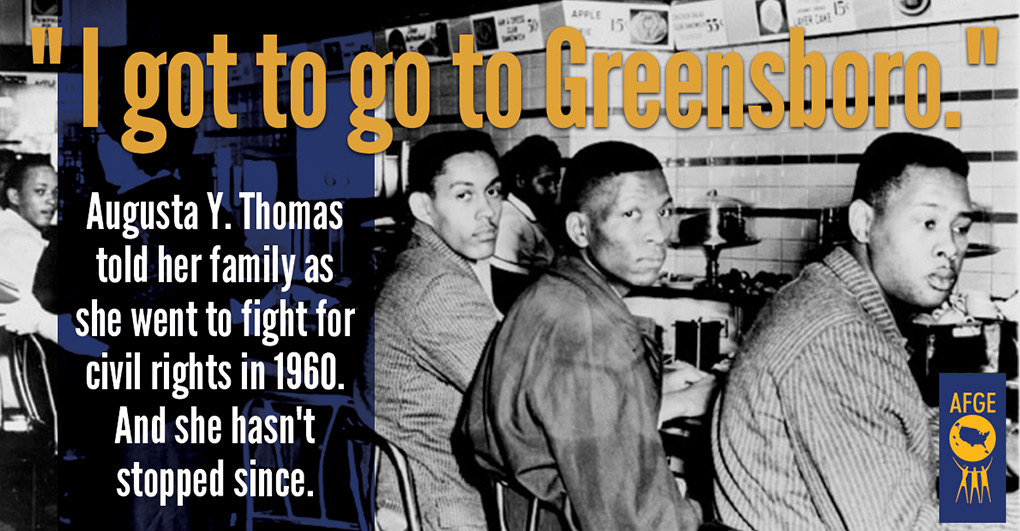 “It is an honor and a privilege to have Augusta Thomas as a leader in our union," said AFGE National President J. David Cox, Sr. "Every day I get to work side-by-side with someone who inspires others with her commitment to justice and the rights of working people."

The day after the gala, AFGE partnered with the ICRCM to host the museum's first special program to honor one of their award recipients. Labor and community activists from across the country attended the presentation titled "Honoring the Life and Legacy of Augusta Thomas: The Need for Unity of the Labor Movement and the Civil Rights Movement in the USA."

And finally, many of our union brothers and sisters took part in the program, including APWU National President Mark Dimondstein, Charlotte, N.C. NAACP Chapter President Corine Mack, and Elise Bryant, Executive Director of the Labor Heritage Foundation, who provided musical selections to accompany the ceremony.

With a packed auditorium, the mood was both celebratory and reflective. Speakers shared with attendees the role of labor in the Civil Rights Movement and the dark history of actions taken by some in the labor community to exclude people of color from the labor movement. With light shed on the past, it was clear the change labor can make in the fight to honor the humanity of all people.

Thomas' life exemplifies the bridging of that divide. From an early age she knew her purpose was to help others. That drive called her to be active in the civil rights and labor movements.

"My motto has always been 'Do for those who cannot do for themselves,'" Thomas said. "I believe in helping all people, especially those who are treated unfairly. And as we know unfairness can sometimes come because of your race, your gender, if you're LGBT, your age whether you are young or a senior, your physical ability and so many other reasons." 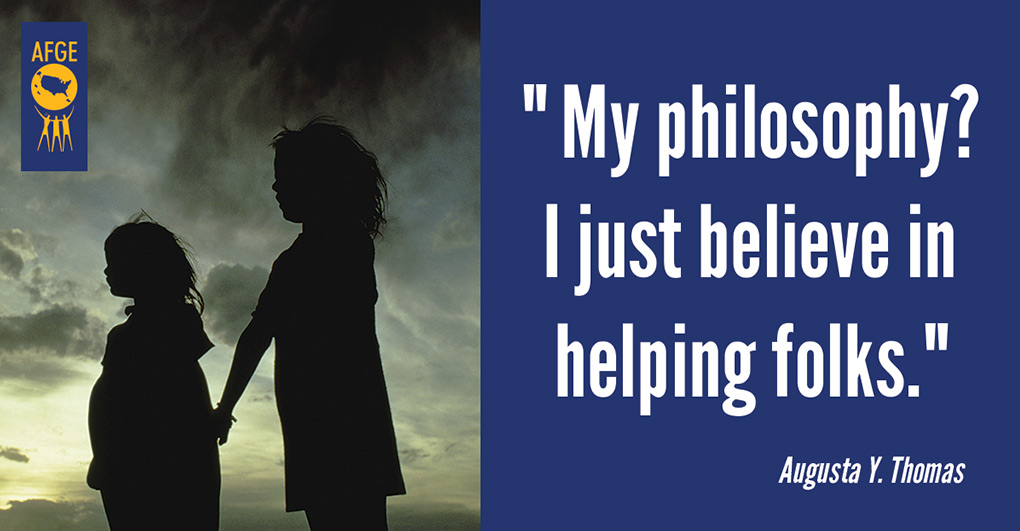 To close her remarks, Thomas reminded attendees of the challenges that are ahead, especially with protecting voting rights. She urged everyone to join the 10th Annual Moral March on Raleigh on February 13. The action will mobilize community activists to hold their legislators accountable for the most recent acts of voter suppression in North Carolina.

Looking ahead, AFGE's Women's and Fair Practices Departments will deliver their Diversity Week trainings in August which will focus on labor's role in representing and affirming the intersections of the experiences of working people.