As he toured a federal prison in Louisiana on Monday, AFGE National President J. David Cox Sr. called on Congress to start addressing prison overcrowding and understaffing instead of just talking about them.

The visit to FCI Pollock – a high security penitentiary with an adjacent medium security satellite camp – coincides with the anniversary of the murders of two correctional officers in Pennsylvania and Puerto Rico last year.

There has been a lot of talk from politicians about how to keep the prisons safe, but Cox said talk didn’t save the lives of correctional officers killed in the line of duty. Congress needs to fully fund the Bureau of Prisons, arm every BOP worker with pepper spray so they can defend themselves, and pass the Smarter Sentencing Act of 2013 to return common sense to our federal sentencing guidelines.

“By taking these three steps, we will see overcrowding and assaults go down, and prison staff and safety go up. I strongly believe that right makes might, and I have never felt more right about a cause in my life,” Cox said at a press conference at Pollock, where he was joined by AFGE National Vice President for District 10 Roy Flores, AFGE Strategic Political Initiatives Director Bob Nicklas and members of Local 1034. 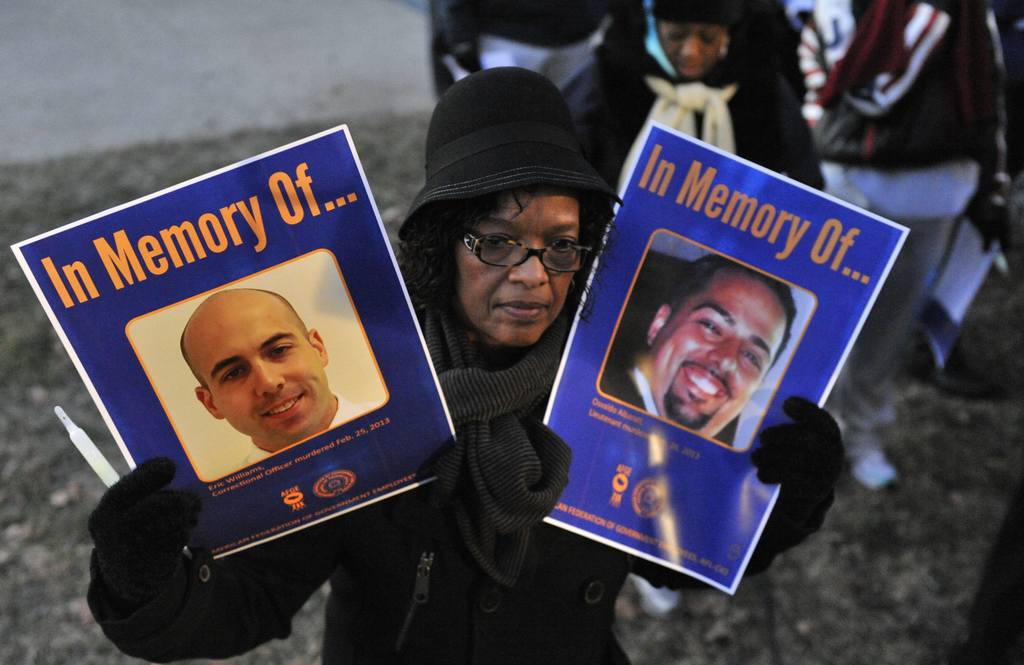 AFGE has been calling for full resources including protective gears for workers for years as hundreds of inmate attacks on staff take place at federal prisons every year. More than 216,000 inmates are confined in federal prisons today, up from 25,000 in 1980.

The explosion of inmate population is the direct result of Congress approving a series of anti-drug enforcement laws in the 1980s. Not surprisingly, half of the 216,000 inmates in BOP prisons are serving sentences for drug-related offenses. Federal prisons are also overcrowded by 54% at high-security prisons and by 44% at medium security prisons.

The exploding inmate population has done nothing to move Congress. As a result, BOP continues to be underfunded and understaffed. It’s not unusual that one officer is charged with overseeing hundreds of inmates at night with only a radio and handcuffs toprotect themselves. 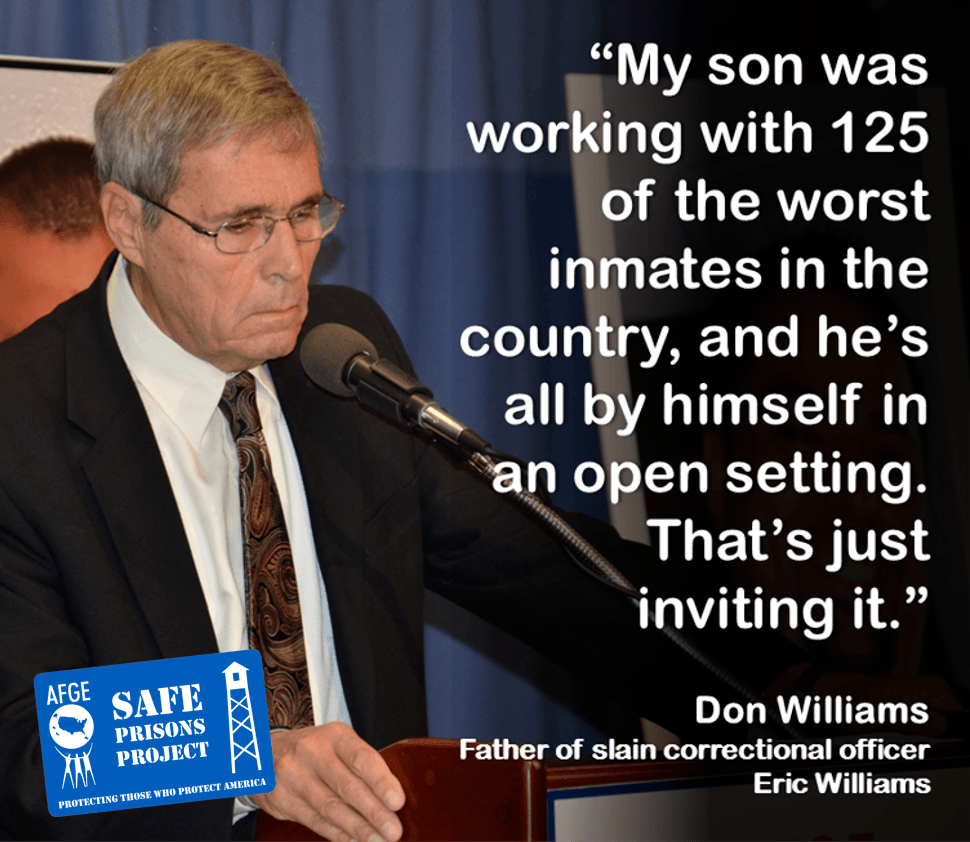 Correctional Officer Eric Williams was stabbed to death by an inmate while he was alone with 125 inmates at the US Penitentiary in Canaan, Pa., almost a year ago on Feb. 25.

Correctional Officer Jose Rivera was killed by two inmates when he was alone guarding more than 100 inmates at the US Penitentiary in Atwater, Calif., in 2008.

AFGE has recently launched the Safe Prisons Project to shine a spotlight on the unsafe working conditions at federal prisons and what Congress must do to protect those who protect Americans.