The 7 Best Moments from the 2016 Legislative Conference

Hundreds of AFGE leaders and activists gathered in Washington D.C. to stand against anti-worker politicians who are taking away our voice in the workplace and the denying the real pay increase you've earned. Here’s a recap of the best moments from the 2016 AFGE Legislative and Grassroots Mobilization Conference. 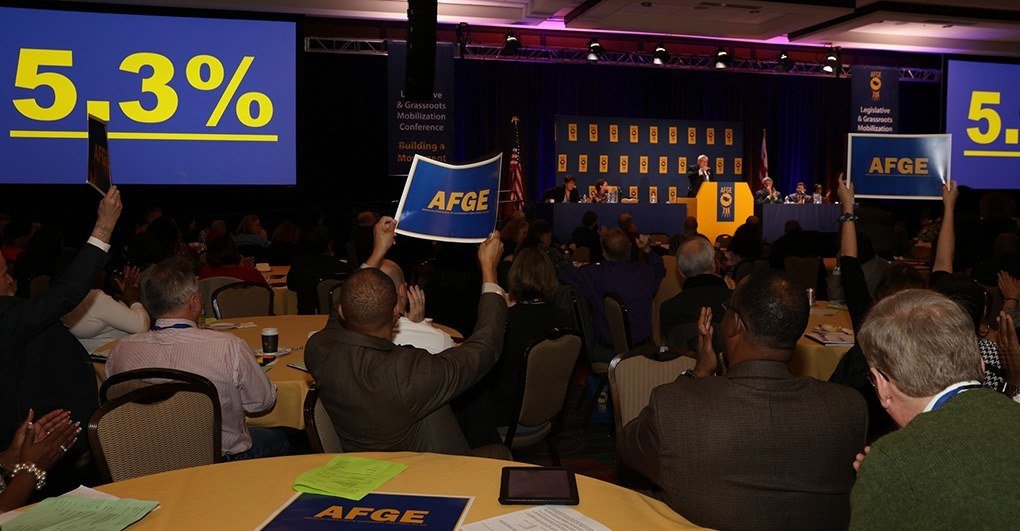 AFGE President J. David Cox Sr. fired up the crowd with a single number: 5.3! He called on Congress to give federal employees the long-overdue 5.3% raise in 2017. The White House’s proposed 1.6% just doesn’t cut it.

#2 Getting Up Close and Personal with Congress

Hundreds of AFGE activists took to the streets to demand a 5.3% pay raise for 2017, not the meager raise proposed by the Obama Administration. The chants of “Who are we? AFGE! What do we want? 5.3!” boomed from the rally site across the street from the Capitol building. AFGE members were joined by leading members of Congress including House Minority Leader Nancy Pelosi and Senator Ben Cardin who endorsed the pay raise proposal. 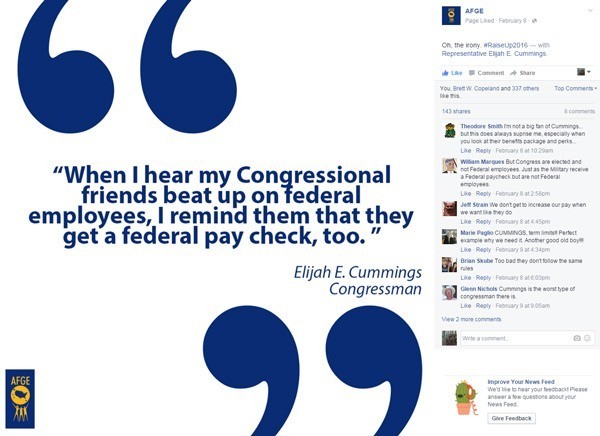 Congressman Elijah Cummings of Maryland told AFGE members, “It pisses me off when I hear our [congressional] friends beat up on federal employees. I have to remind them that they get a federal paycheck too.”

#4 Sending a Truckload of Water to Flint 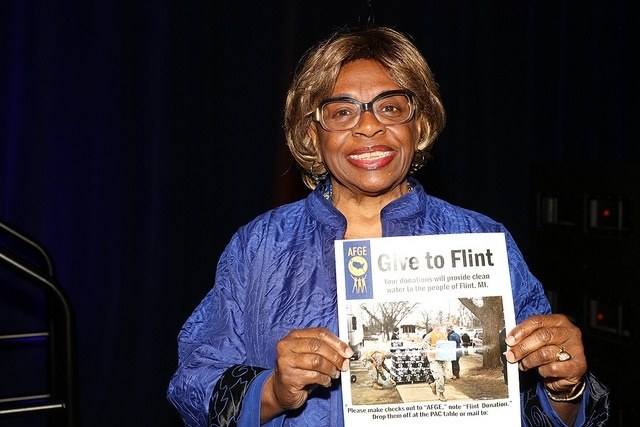 AFGE collected donations to provide clean water to the people of Flint, Michigan, who had been drinking lead-contaminated water after officials changed the town’s water source to save money. AFGE members donated enough money to buy a truckload (36,000 cases) of water to be delivered to the event location in Flint where local members will distribute clean water. 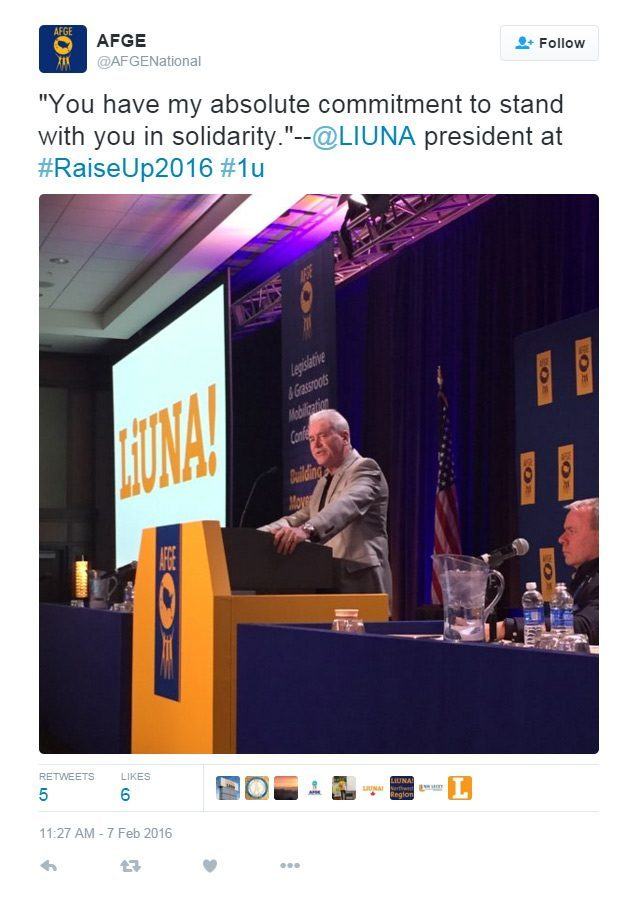 LIUNA President Terry O'Sullivan said he was in awe of AFGE’s ability to grow despite fierce attacks from anti-union forces. In his own words: “I was inspired by your organizing successes ... you organized more than 12,000 new members in the past year alone. That was absolutely incredible. There wasn’t anybody in organized labor that has those kinds of successes. And that’s a credit to your leadership, a credit to each and every one of you and a credit to the proud men and women of AFGE. And I hope that you are proud of that accomplishment as all the rest of us organized labor.” 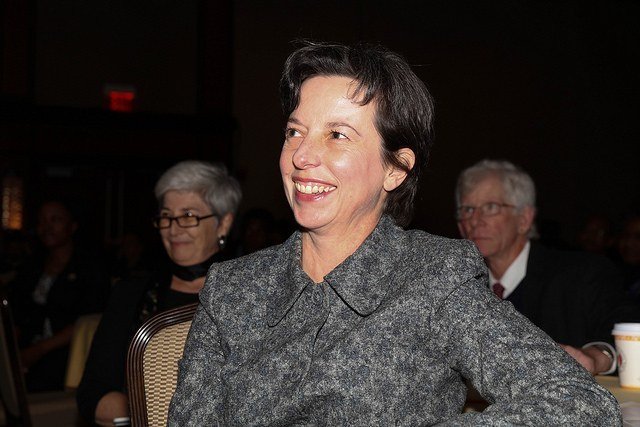 Beth oversaw AFGE’s Legislative and Political Department for 26 years before retiring in December 2015. Under her leadership, AFGE successfully fought the notorious personnel systems at the Defense Department and Homeland Security and won collective bargaining rights for TSA employees. Bob was AFGE's Strategic Political Initiatives Director and had been with AFGE for 17 years. He built our Political Action Department from the ground up, growing the program from a single organizer to the 19 individuals facilitating member action nationwide. 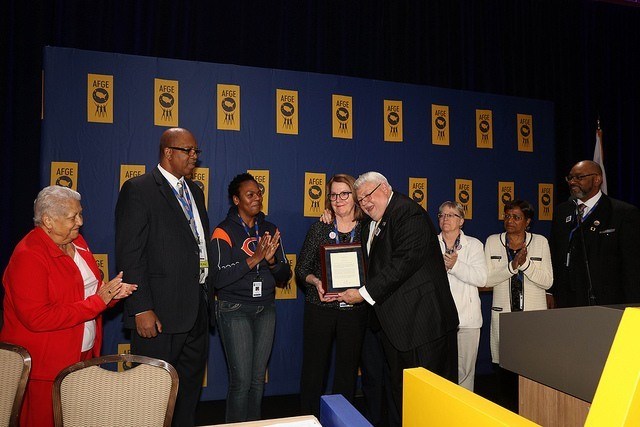 Not many people knew that nurses served in the Federal government outside of patients who received care. Thanks to District 8 National Vice President Jane Nygaard's pioneering efforts, the nearly 100,000 federal nurses are in the national spotlight. NVP Nygaard founded Federal Nurses Week, an annual week of recognition for nurses who serve in government. In just a few short years, Federal Nurses Week has been recognized by two bipartisan Congressional resolutions and was also recognized by the White House in 2015. She was honored for her efforts during the general session.