The Plot to Sell Out Veterans’ Health Care

Here are some key quotes and facts: 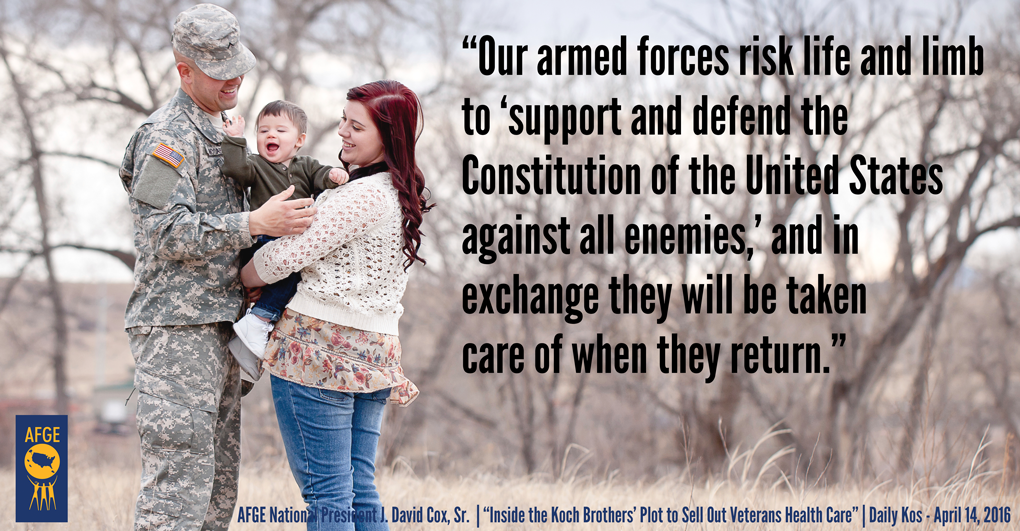 Capitol Hill politicians, backed by the billionaire Koch Brothers, are coming perilously close to weaseling out of that promise by selling veterans to private, for-profit VA providers. 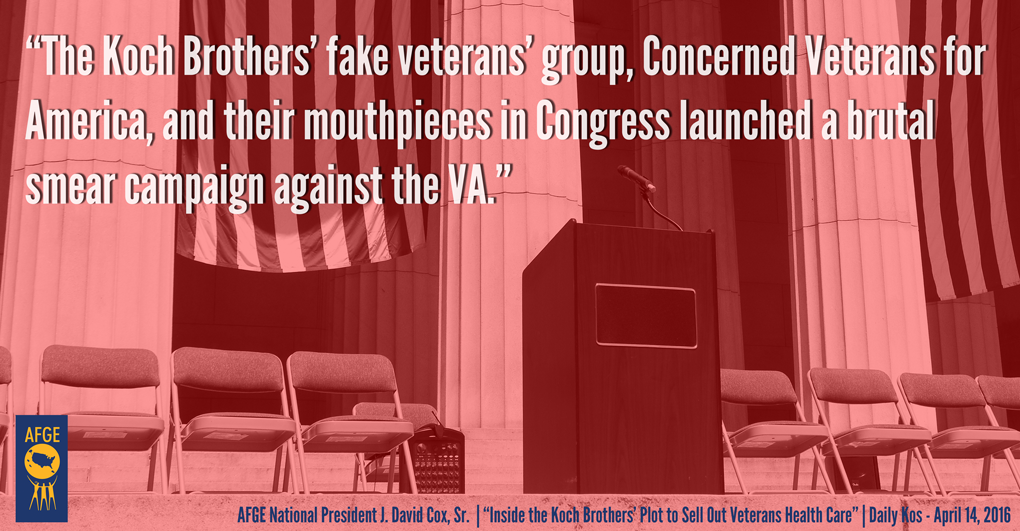 These lawmakers have put together a 'Commission on Care' to provide recommendations on how to "fix" the agency. 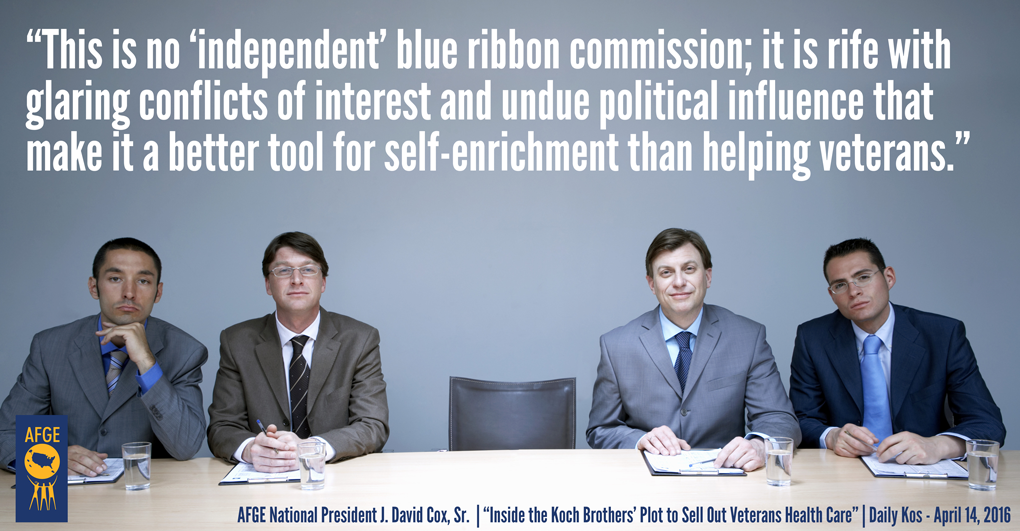 Who sits on the Commission?

From President Cox's blog: "...the Commission has been rigged against veterans from the start, and the results could be devastating for millions of veterans and their families."

Not everyone is getting on the promise-breaking bandwagon, but...

Commission members who disagree with privatization have been subject to unprecedented bullying by pro-privatization lawmakers like House Veterans Affairs Committee Chairman Jeff Miller, who berated a committee member in a recent letter for an anti-privatization article a colleague wrote for Washington Monthly.

How far along are they in the process?

They have, but not enough:

Could This Get Worse? (Spoiler Alert: Of course)

How Do Veterans Feel about VA Care?

From President Cox's blog: "You’d think with veterans, their service organizations, and VA caregivers agreeing that the VA must stay, we would be working toward making it better, not tearing it down."

What can I do to help?

Remind everyone of the promise we've made to veterans, as said so eloquently by a fairly well-known president. Honest Abe, drop the mic: 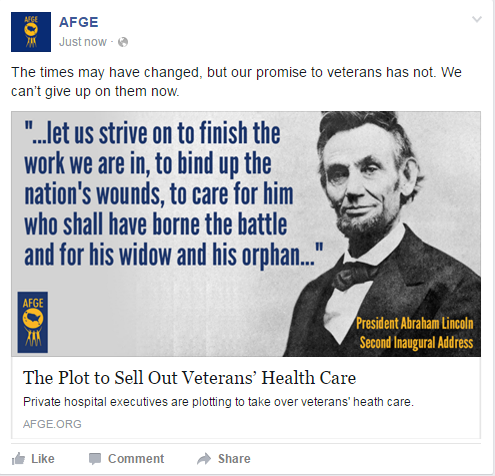