Trouble in the Water

It was a chilly but sunny fall day as dozens of working people wearing blue, gold, and green shirts rallied together to protest negotiation tactics employed by DC Water.

He joined dozens of his AFGE and American Federation of State, County and Municipal Employees and National Association of Government Employees (AFSCME) brothers and sisters outside of the District of Columbia Water and Sewer Authority headquarters on Thursday, Dec. 1, 2016.

"They're working to strip away the rights and benefits already earned by the hard-working men and women there,” Bunn continued. "DC Water has taken a harsh anti-labor stance against their working people who just want the same rights at work offered to non-union employees at the agency." 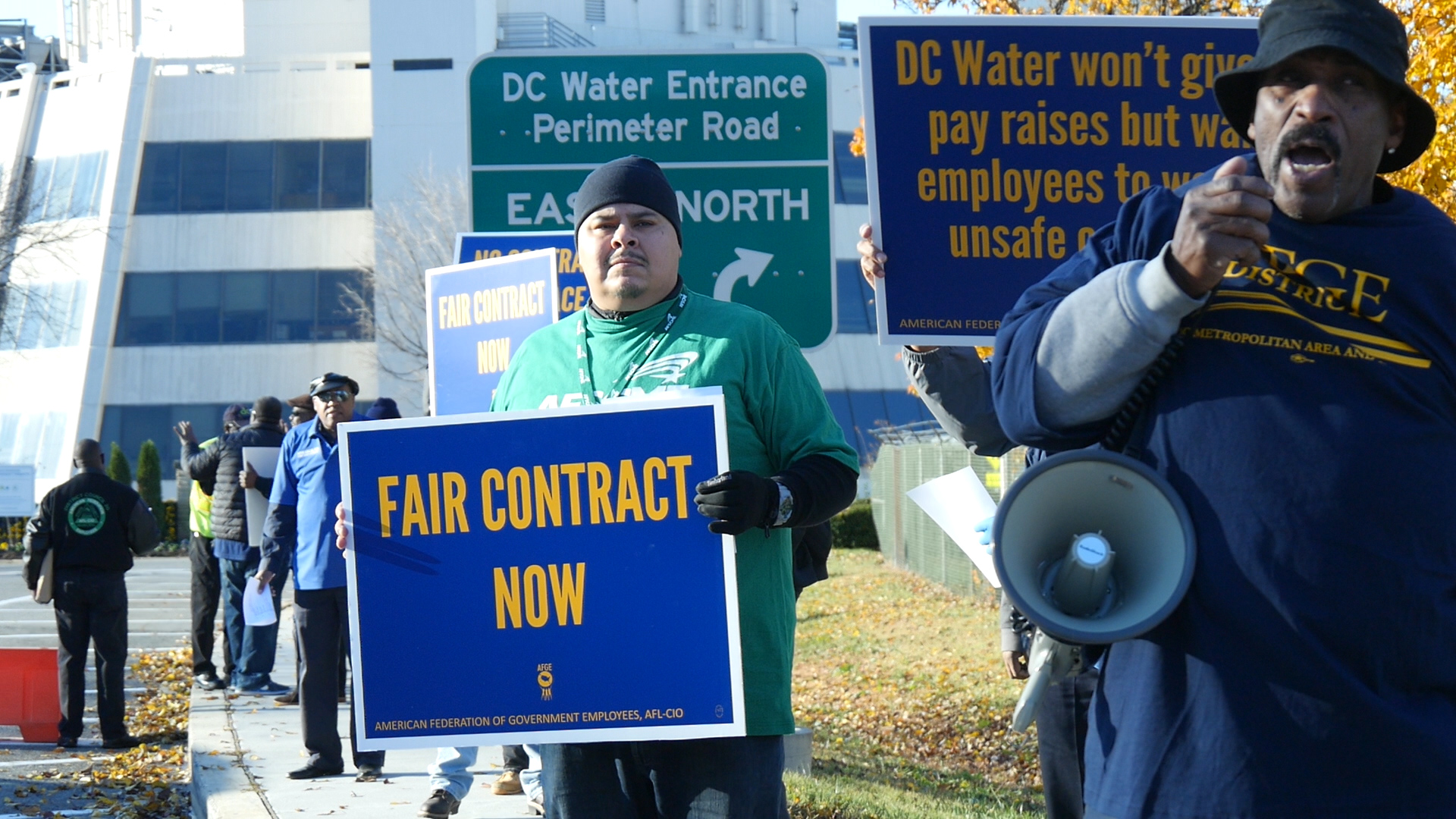 In October 2016, negotiations reached an impasse. Since then, DC Water has refused to participate. "DC Water is refusing to negotiate the contract after they [were] negotiating in bad faith. They walked out," Calvert Wilson from AFGE Local 2553 explained matter-of-factly.

The refusal has been followed by seemingly intentional delays and a reduction of pre-existing quarterly meetings to once a year with the Board of Directors Human Resources Committee. And for the second year in a row, non-union employees are scheduled to receive their salary increases in December, while union employees will, once again, receive nothing. 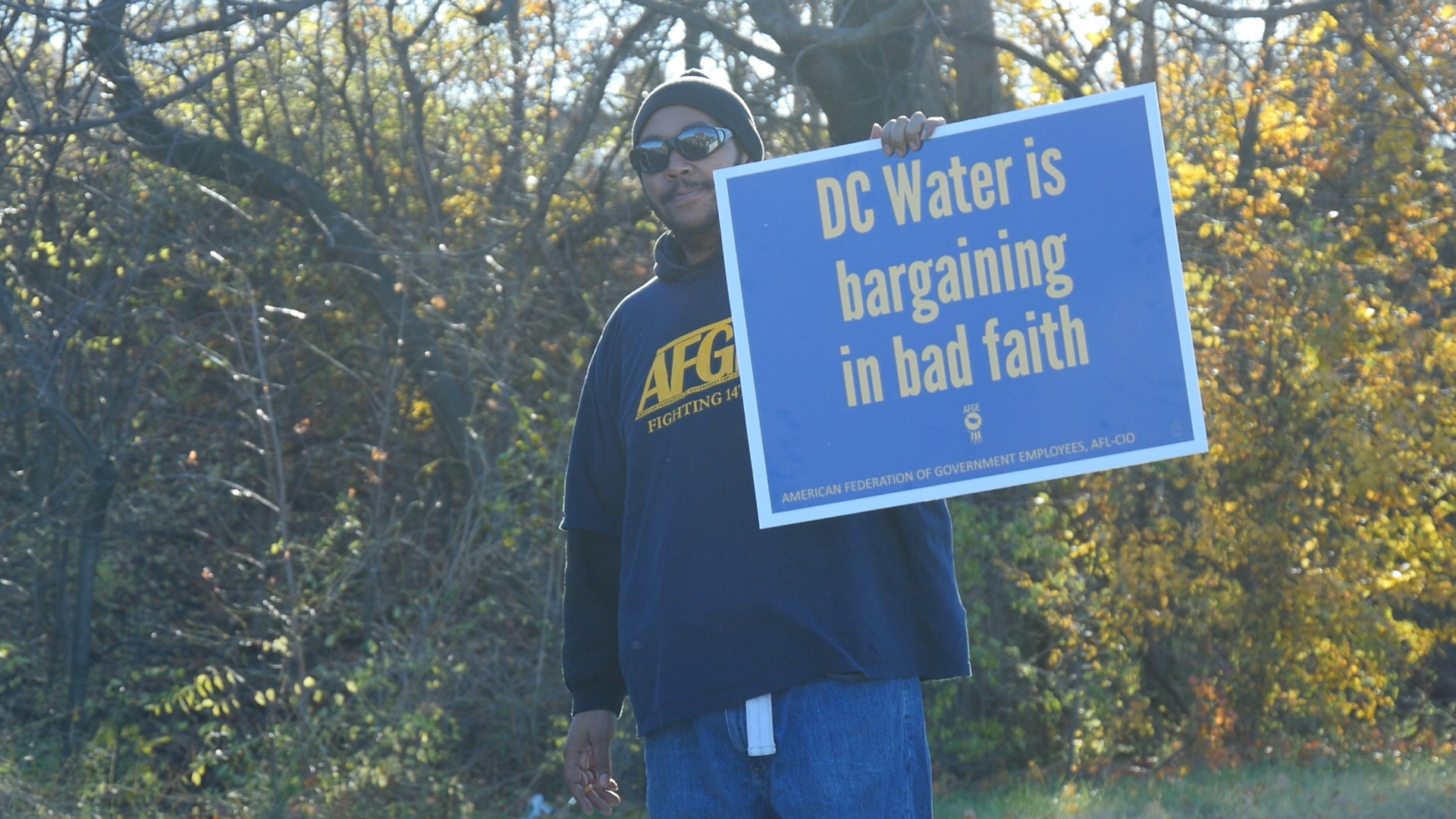 AFGE Local 631 President Barbara Milton put it simply: "They are trying to delay us getting a contract. And we want a fair contract now."