They march. They chant. They hold signs that read "Keep the promise to our vets" and "VA cares about vets." Veterans and VA employees are furious that Congress is considering shutting down VA hospitals – their community – and sending them to for-profit private hospitals that don't have what it takes to treat their unique needs born out of war. 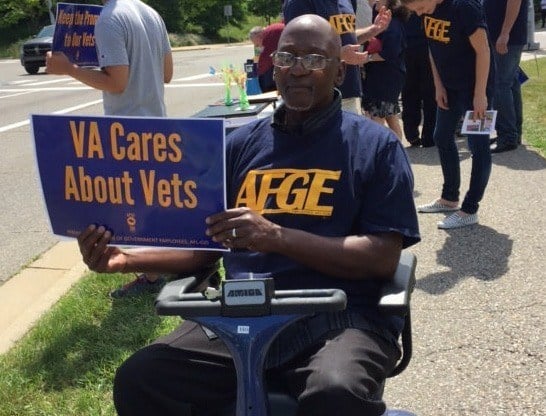 To put a spotlight on this terrible betrayal of veteran's trust, they're holding dozens of rallies outside VA hospitals across America to protest plans to sell veterans' health care to the lowest bidder and shut down VA medical centers.

"Private hospitals are not able to do what VA healthcare has done for the veterans," said Ozzie L. James Jr., a veteran and president of AFGE Local 2092 in Ann Arbor, Michigan. "To privatize won't do anything except cause the money and the funding for the VA to go to the private sector." He added that sending veterans to private hospitals breaks the promise made to men and women who enlist in the military about the quality of care they will receive when their service is complete.

The Commission on Care, a group that was created by Congress to recommend ways of improving veterans’ health care, is close to finalizing a set of recommendations that could significantly weaken the VA’s world-class health care system and pave the way for privatization and future closures of VA medical centers, leaving veterans to struggle with private, for-profit hospitals to get the care they earned. 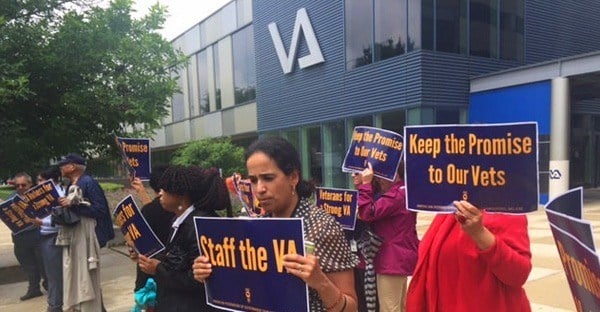 “Even though the vast majority of veterans oppose privatizing the VA, there are many people who would benefit financially from dismantling the VA and forcing veterans into a network of for-profit hospitals and insurance companies,” said AFGE National President J. David Cox Sr., who was a VA registered nurse for 20 years.

The Commission on Care includes four high-level private hospital executives who would profit from dismantling the VA and not a single mainstream veterans service organization. Also sitting on the Commission is a representative of the Koch Brothers' fake veterans' group, the Concerned Veterans for America, who have pushed strongly for VA privatization. Meanwhile, actual veterans groups like the American Legion and Paralyzed Veterans of America are unanimously opposed to any proposal that would privatize veterans’ health care. 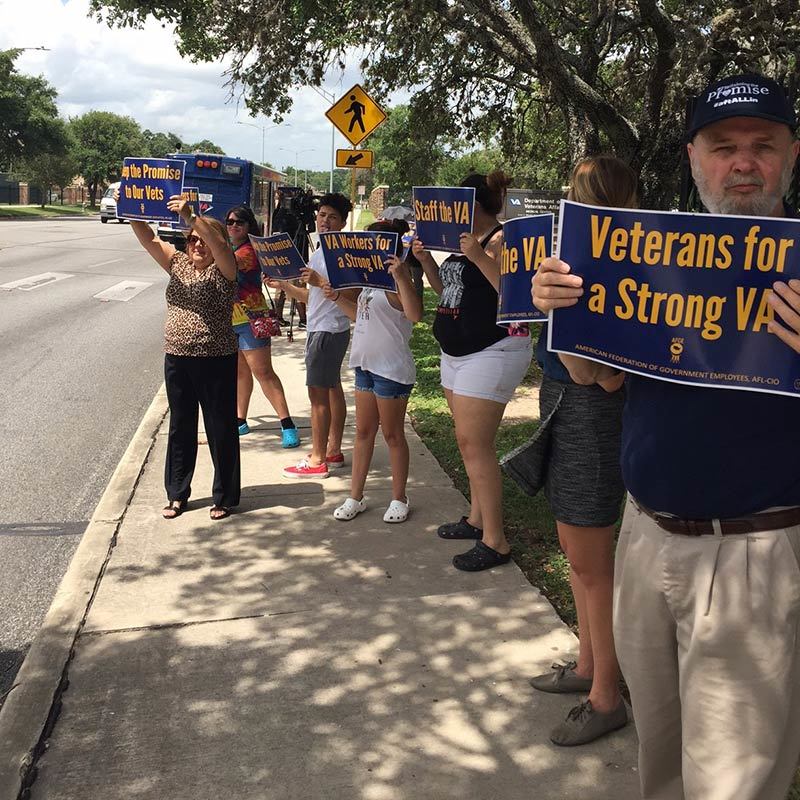 “VA employees across the country are speaking out against these corrupt business interests with a clear message: it’s time to put people ahead of profits,” Cox said. “Veterans should not be reduced to a line item on a budget sheet. They have served our country with honor and distinction, and their medical care shouldn’t be left to the whims of profiteers and claims adjusters.”

Study after study has shown that VA hospitals constantly outperform for-profit private hospitals. The fact was reiterated last week when researchers, medical school professors, and veterans groups gathered to discuss the VA's major role in the country's health care system. The VA not only provides health care for veterans but also trains doctors, nurses, and other health care providers. About 70% of U.S. physicians receive some professional training at a VA hospital.

Even though the VA delivers the best quality health care, every institution faces challenges. It is no secret that the VA challenges flowed due to lack of proper funding by Congress which has only been partially rectified this past year. The VA is working hard to resolve the staffing shortages and wait times that emerged in 2014, hiring 14,000 health care workers and overhauling its patient scheduling system. In the past two years, 97 percent of appointments in the VA were completed within 30 days, with an average wait time of 6.5 days to see a primary care doctor – compared to 19.5 days on average for non-VA patients in the private sector.

Visit www.afge.org to lean more about AFGE's campaign to protect veterans and the VA.