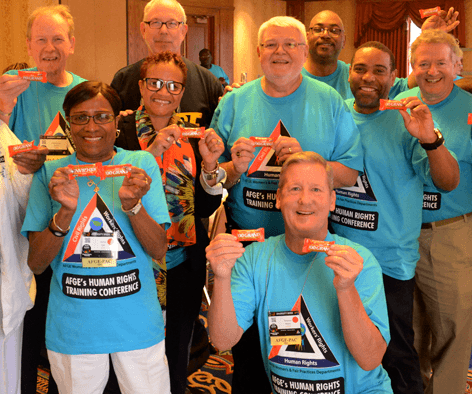 AFGE and its National VA Council ran a successful VA membership recruitment campaign that signed up 8,073 new members from June 1 to Sept. 30. VA employees make up the largest portion of AFGE’s membership, standing at 101, 071 strong. The NVAC hit a major milestone this summer when it recruited its 100,000th dues paying member.

Membership in the VA Council has grown by 60 percent since 2007, when the VA Council ended the year with 62,486 members. Except for a small drop in 2011, enrollment has grown steadily during the past seven years.

“VA employees know that there is strength in numbers, and they see that AFGE fights on their behalf every single day to improve working conditions and give them a voice in the workplace,” National VA Council President Alma L. Lee said.

The growth in union membership within the Department of Veterans Affairs mirrors increases occurring throughout AFGE. AFGE enrollment eclipsed 285,000 in July, following a decade of continual increases.

“This is a remarkable achievement for the VA Council and AFGE, and it’s a testament to the continued strength and vitality of the labor movement in this country,” AFGE National President J. David Cox Sr. said.