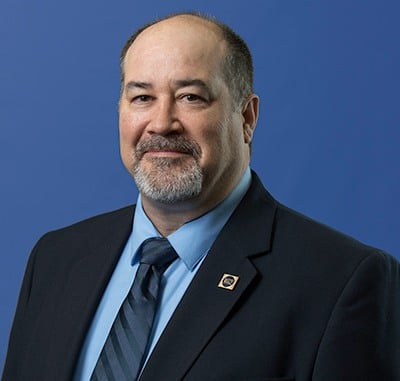 Phil Glover is District 3 National Vice President of the American Federation of Government Employees, representing federal employees in Delaware and Pennsylvania. He was elected the position in 2017.

Glover, an Army veteran, has served AFGE for more than 25 years in different capacities. In 1991, he was elected vice president of Bureau of Prisons Local 3951. Between 1991 and 2014, he served as local president, Council of Prison Locals regional vice president, council president, the council's national legislative coordinator, and regional vice president (for the second time). He retired from BOP in 2014 before joining the national office as a National Organizer assigned to District 3 until his election to NVP. He has also served four years as a board member for the state AFL-CIO.

As an NVP, Glover focuses on three main areas for District 3: Organizing new members, representation strategy for those members, and building a strong legislative and political program in the district.

Glover has had many accomplishments under his belt as an AFGE leader and activist, including increasing BOP nationwide membership from 56% to 73%, creating national policy teams for BOP, and winning a settlement of $130 million for BOP employees who had been cheated out of their pay for pre and post shift activities.