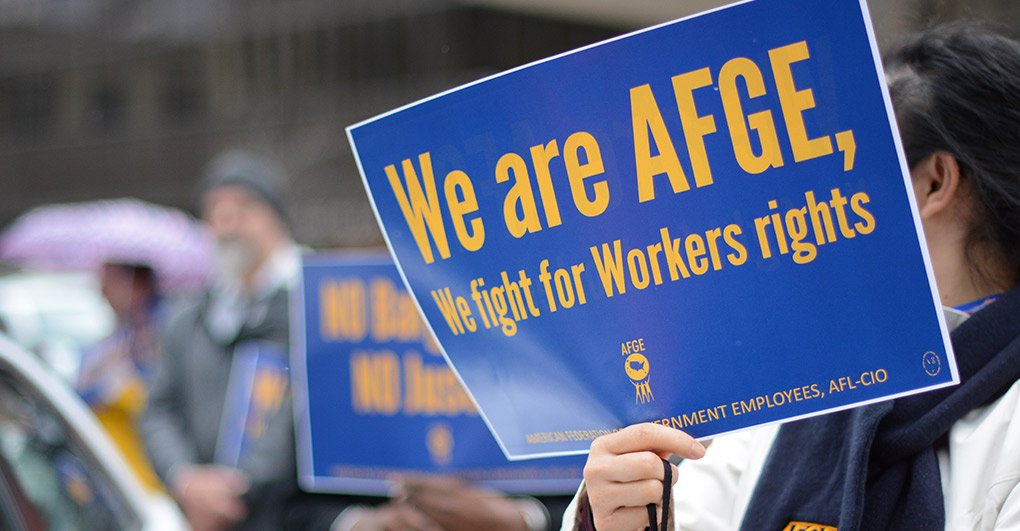 Civil rights agency contradicts itself to attack own workers

WASHINGTON – As the Equal Employment Opportunity Commission prepares to hold a public hearing this week on preventing harassment in the workplace, behind the scenes it is upending internal policies that safeguard its own employees from harassment, discrimination, and retaliation, says the head of the union representing EEOC workers.

Despite a federal judge’s ruling in August that largely invalidated President Trump’s three anti-worker executive orders, EEOC notified the American Federation of Government Employees that it is on a fast track to implement several portions of the orders before the end of the year.

EEOC is moving ahead full throttle with a harsh new disciplinary policy, Martin states. The agency’s notice to the union refers to troubling sections of the executive orders that condone disparate treatment, stating in part: “…conduct that justifies discipline of one employee at one time does not necessarily justify similar discipline of a different employee at a different time.”

Martin says the new penalty table EEOC says it will implement by Dec. 3 is fraught with problems. “The penalty table is a vindictive mess. The EEOC refuses to include any expiration period on a past offense, regardless of how long ago it happened or how dissimilar,” she said.

In addition, agency management cited provisions of the executive order that puts further limits on the use of official time, which enables union representatives to meet with employees and managers during the workday to address and resolve workplace issues, and disciplines union officers if the agency believes the time was not used properly.

“By attacking the union, EEOC dismisses the principles of collective bargaining to improve working conditions, foster good working relationships, and represent employees against abuse and retaliation for whistleblowing – all of which benefit the public,” Martin said.

Martin said she is baffled by the agency’s rush to shove through the executive orders, given the judge’s decision, the Office of Personnel Management’s notice to roll back implementation, and the Department of Justice’s position on appeal that implementation would be gradual and would not immediately alter the status quo. The orders themselves state that they shall not abrogate a collective bargaining agreement that is in effect; AFGE’s negotiated contract with EEOC runs through late next year.

Martin said it’s especially hypocritical for the EEOC to be limiting the rights of its own staff, as it promotes its “respectful workplaces” agenda to employers.

“Why, of all agencies, is the EEOC rushing forward with these uncertain orders while picking sections that contradict the agency’s public stances?  It is unacceptable for EEOC to pretend that it cares for workers and workplace rights as it calls itself the ‘model employer’ while targeting its own,” she said.