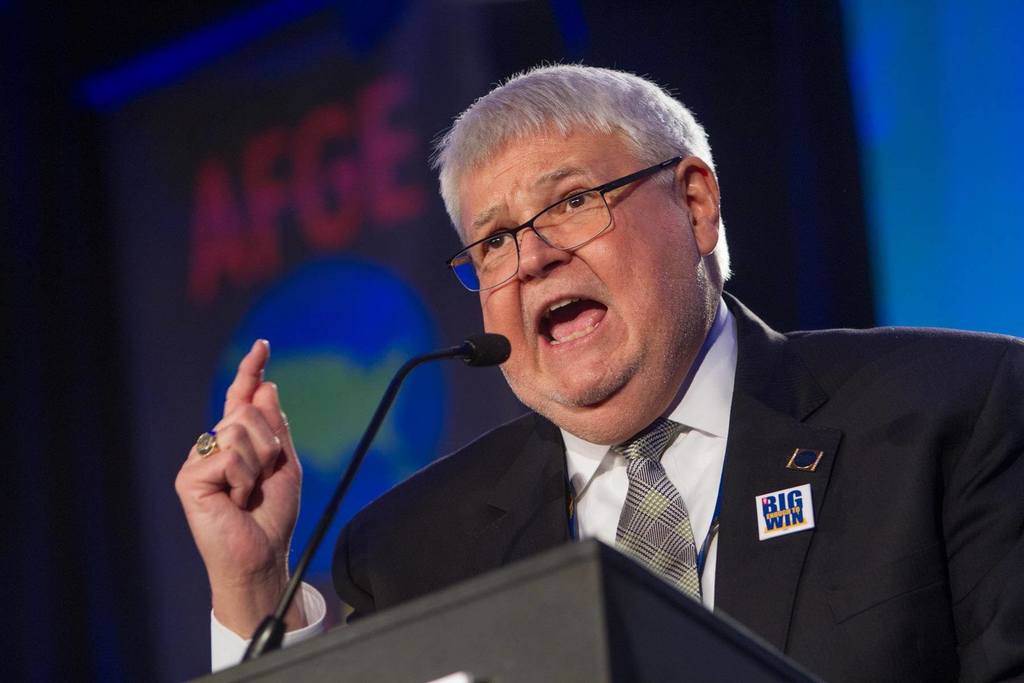 “Donald Trump’s proposals would endanger the flying public and harm our veterans, and no one should be fooled by his smoke and mirrors magic show,” Cox said.

“He wants to privatize veterans’ health care, even though the vast majority of veterans say they want their care delivered by VA doctors and nurses. Private health care for veterans would be an expensive disaster, and no one should be fooled into believing otherwise,” Cox said.

During his nomination speech Thursday, Trump also called the Transportation Security Administration a “total disaster” and vowed to “fix TSA.”

“I have no doubt that Donald Trump’s idea of fixing TSA would be the same as his prescription for the VA: privatize to the lowest bidder and to hell with the safety and security of the flying public. What the TSA needs is for Congress to lift the arbitrary staffing cap and provide TSA with a realistic budget so the agency can hire the officers it needs to do its job,” Cox said.