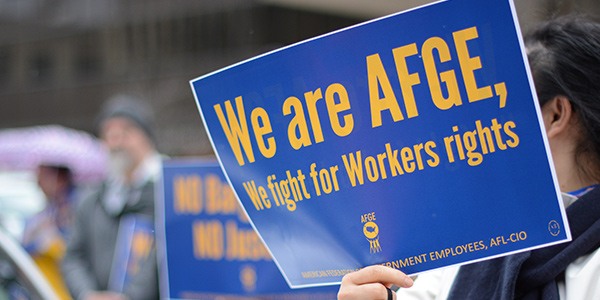 WASHINGTON – The American Federation of Government Employees (AFGE), the largest union representing 700,000 federal and D.C. government employees, is speaking out against a Sept. 4 White House memo that details President Trump’s plans to end the use of federal funds for diversity and inclusion training programs for the federal workforce that he finds divisive.

The memo, signed by Office of Management and Budget Director Russell Vought, cites the fact that unnamed press reports have brought the issue to President Trump’s attention as a rationale for the policy changes.

“That the federal government is now making major policy changes based on unconfirmed press reports President Trump saw on Fox News, without even a pretense of actual research into the issue, demonstrates how far this administration has strayed from anything that remotely resembles the principles of good government,” said AFGE National President Everett Kelley.

The Washington Post reported that some of the claims about federal diversity and inclusion programs cited in the memo appeared on Fox News’ Tucker Carlson show. Fox News’ own lawyers have argued in court filings that Tucker Carlson’s show is “hyperbolic opinion commentary” not “sober factual reporting” and isn’t necessarily true.

“Diversity and inclusion programs in the federal government help us understand one another’s perspectives and build a workplace where every employee is treated with dignity, fairness, and respect, regardless of their background,” Kelley added. “As racial injustice continues to rock this nation, we ought to be building more bridges of understanding. But all this president seems to know how to do is build walls of division.”

AFGE members take a particular interest in this latest attack on diversity and inclusion, as one of the first unions in the labor movement to establish a department specifically to advocate for government workers’ civil and human rights, the Women’s and Fair Practices Department.

“Diversity and inclusion training is a widespread practice not just in the federal government, but also throughout American business in the private sector,” said AFGE National Vice President for Women and Fair Practices Jeremy Lannan. “Just a few weeks ago, survey data showed a major issue with racism in the Department of Veterans Affairs—including some truly shocking anecdotal stories.”

“The federal government should be a model employer, leading the effort to address systemic racism in the workplace and show American business best practices for creating an inclusive workplace that celebrates the strength of American diversity,” added Lannan. “Instead President Trump is once again failing to take responsibility, failing to offer solutions, and failing to lead.”