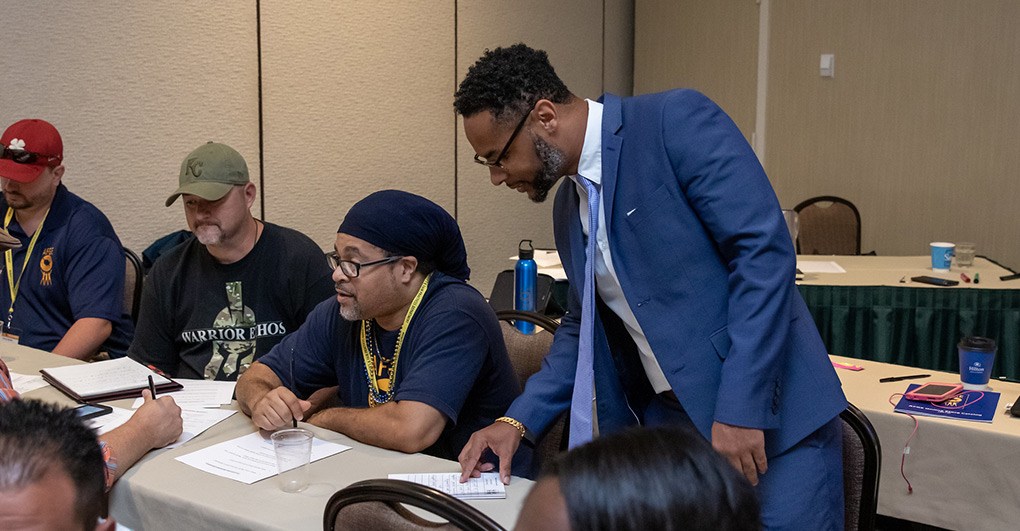 WASHINGTON – The American Federation of Government Employees, the largest union representing federal and D.C. government employees, is voicing new concerns about the Trump administration’s attempts to abolish diversity and inclusion training programs in the federal government.

“President Trump’s order to prohibit the use of federal funds for diversity and inclusion training programs for federal and contract workers has sent a terrible message that racism and discrimination are not problems the federal government should address,” AFGE National President Everett Kelley said.

“That the White House has responded to recent protests on issues of racial justice by banning federal agencies’ attempt to foster tolerance and mutual respect through education is extremely disappointing.  But our union will continue to fill the void and carry on our efforts to make sure that the federal government adheres to the law and keeps federal workplaces free from bigotry and discrimination,” Kelley continued.

“In the weeks since Trump’s first order was issued, we have heard reports that agencies have abruptly cancelled planned trainings out of fear that they may violate the President’s highly political directive. The White House Office of Management and Budget waited more than three weeks to issue any sort of guidance on the types of trainings that would be considered in violation of the administration’s crackdown. The trainings the administration has banned include any that make reference to systemic racism, white privilege, or unconscious bias.”

On Friday, the Office of Personnel Management issued a memo to agency heads requiring all diversity and inclusion trainings to submitted to OPM for prior approval – even those that have been used in the past.

In light of the recent announcement of an investigation at the Department of Veterans Affairs by the Government Accountability Office due to multiple reports of systemic racism against employees and veterans at facilities across the country, it is clear that diversity training and inclusion trainings are sorely needed.

“I condemn the baseless and backward thinking action of removing integral diversity and inclusion training in our federal government,” AFGE National Vice President for Women and Fair Practices Jeremy Lannan said. “We at AFGE are warriors for equal opportunity and justice.  As such we must support and promote educational efforts that provide the diverse members who serve our nation with equal footing, representation, and understanding of others. AFGE has a history of hosting successful and widely attended diversity trainings, and we know that these trainings do not instill any type of hate or sense of evil in government employees, but bring about an enlightened approach to help employees better understand each other.”

AFGE’s Women’s and Fair Practices departments are devoted to promoting the civil, human, women’s and workers’ rights of all federal and D.C. government workers. AFGE will continue its robust educational programming and will provide members with the diversity and inclusion training they need to help fill the void President Trump has created by striking educational programs on racism, sexism, and diversity, Lannan said.

“AFGE looks forward to leading by example and using our infrastructures to ensure that our members are properly educated on how to identify and combat discrimination in the workplace, understand the lived realities of their co-workers, uplift all workers regardless of their identity, and promote equity,” Lannan said.