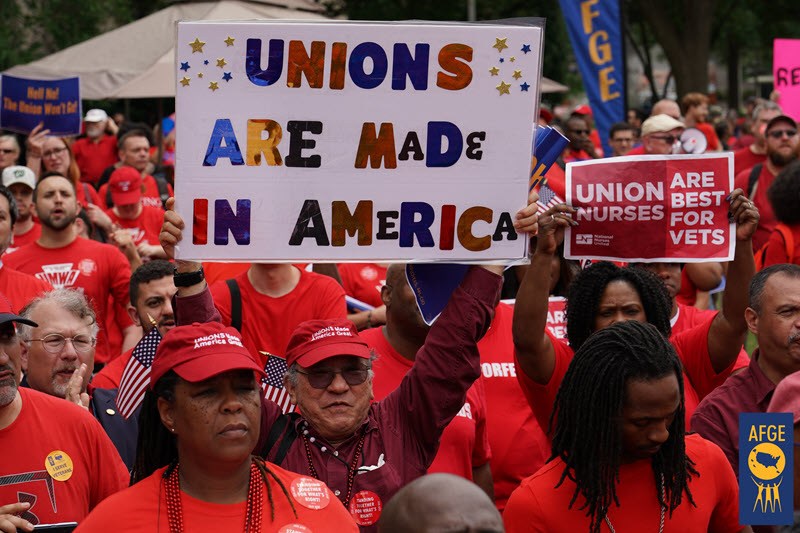 WEST POINT, N.Y. – In a landmark decision, a federal judge has ruled that President Trump violated the U.S. Constitution and laws providing checks and balances in the federal government by attempting to deny more than 2 million federal workers their legal right to representation.

Judge Ketanji Brown Jackson of the U.S. District Court for the District of Columbia ruled late Friday, August 24, that the Trump administration’s May 25 executive order on official time violated the U.S. Constitution and the separation of powers as established in law.

Between the time the executive orders were issued and the judge’s ruling, federal government employees had seen agencies implementing the orders across the nation, evicting union officials from offices and denying them time during the workday to meet about workplace disputes. The implementation was hailed as a way to “drain the swamp,” but given that 85 percent of federal government employees work outside the Washington metropolitan area, it hurt communities and people all across the country.

The American Federation of Government Employees was the first union to challenge President Trump’s executive orders in court and applauded the decision.

AFGE Local 2367 President Don Hale, who represents Department of Army and Department of Defense workers at the United States Military Academy, West Point, hailed it as “a great win for working people.”

“It’s now precedent that President Trump’s orders were in fact illegal and a direct assault on the legal rights and protections that Congress specifically guaranteed,” Hale said.

AFGE National President J. David Cox Sr. added, “We are heartened by the judge’s ruling and by the huge outpouring of support shown to federal workers by lawmakers from both parties, fellow union workers, and compassionate citizens across the country. We work tirelessly every day to serve the American people, and we deserve the rights and protections afforded to us by our founding fathers.”

AFGE, the largest union representing federal government employees, filed two lawsuits challenging President Trump’s executive orders. The first lawsuit challenged the executive order on official time as a violation of the right to freedom of association guaranteed by the First Amendment, and as exceeding the president’s authority. The second lawsuit charged that the remaining two orders exceed the president’s authority under the U.S. Constitution by violating the separation of powers and exceeding current law.

“As we move forward, we hope to see that the Department of Defense – and all agencies governmentwide – restores all previously negotiated contracts and bargains in good faith with employee representatives on any future changes as required under the law,” AFGE General Counsel David Borer said.