Employees can grieve agency actions pursuant to TSA MD No. 1100.77-2--GRIEVANCE PROCEDURES. Employees have fifteen (15) days from discovery of the contested decision or action to file a written grievance with the first-step official. Discovery means when the employee learned or reasonably can be expected to have learned of the decision or action.

There are numerous matters that are not grievable under TSA policy. Although employees cannot grieve TSA's policies the application of any policy to an individual may be grieved. For example, according to TSA policy shift bids are selected based upon seniority. A TSO will not be able to grieve the policy itself, but if TSA fails to adhere to the policy by incorrectly accounting for seniority, a grievance would be permissable. Similarly, a TSO cannot grieve the results of his technical proficiency assesment, however, if TSA incorrectly adminstered the test a grivence would be permissable.

The following matters are non-grievable:

• Shift schedules or shift bidding programs;
• Separation or termination of employment during the trial or probationary period;
• Notices proposing disciplinary or adverse action (though these can be addressed with a written response);
• Decisions made by other agencies (DOL, OWCP, OPM, etc.);
• Oral or written counselings;
• Progress reviews under TSA performance management system;
• Performance Improvement Plans (PIPs);
• Non-selection for promotion or reassignment from a list of eligible employees (competitive position);
• Reduction-in-force;
• Monetary amount of performance or incentive award;
• Denial of a time extension to file a grievance; and
• The test results and/or the scores of any/all Technical Proficiency assessments.

Timelines play a critical role and must be watched closely. 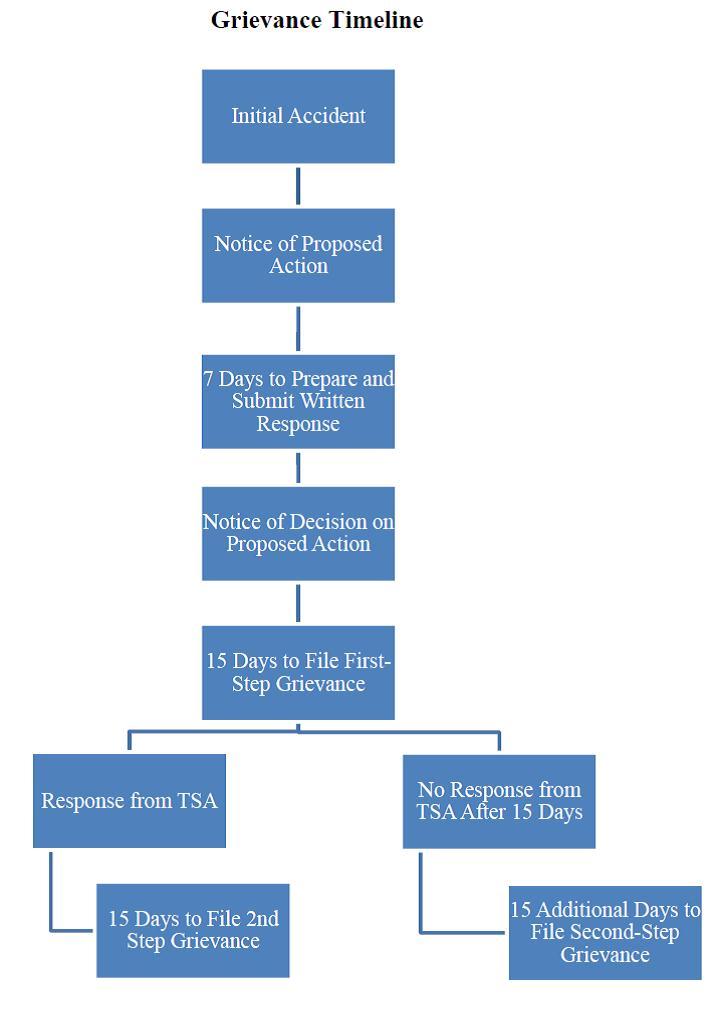