At the 2012 AFGE National Convention, a resolution was proposed and passed to support a National AFGE YOUNG Committee. Through the AFGE YOUNG Committee the union will promote the inclusive empowerment and education of young workers as engaged activists and leaders in the labor movement through organizing efforts in the Districts that will create new and innovative spaces for young, diverse, and motivated workers while hearing from young workers about their ideas, concerns and experiences.

This resolution specifically asked for AFGE’s support and encouragement to form a National AFGE YOUNG Committee comprised of an AFGE YOUNG Representative from each District that will participate in Committee meetings to discuss what’s important for the young workers in their District and write reports to advise the NEC on behalf of young workers. 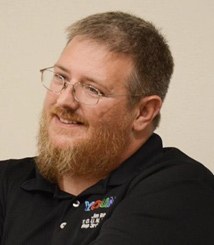 Being a part of the movement is empowering. Helping to bring Justice in the workplace and in society is a noble undertaking and I am happy to do my part to involve young workers in Pennsylvania and Delaware in the movement. 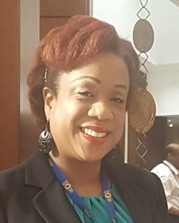 “The best way to predict your future is to create it”

My interest in the union peaked when I attended the 2010 Legislative rally on a bus ride.  It was then I witnessed first hand how the union gives a voice to all its members.  By providing members with a voice it empowers that member. Once someone is empowered there is no limit to that person's potential.  I am dedicated to seeing the labor movement gain momentum and believe that the YOUNG program will allow this to happen for future generations. I attend on being that person that “fights” the battle first hand.

“AFGE, this wonderful union I’m so proud to represent is a reflection of the diversity that exists in our workforce, communities the labor movement and our road to social justice. Accepting and embracing diversity is one of the many examples of true solidarity. Unions are a key example of how we are stronger not only in numbers but stronger together.”

My name is Jennifer S. Ramirez, I was born and raised in Bronx NY. I grew up in a union household, my father was a proud member of the Teamsters Union Excavators Local 731 for over 30 years. I am a Claims Specialist for Social Security Administration. As a union member I am part of an organization that represents and supports over 300,000 federal employees. As a union officer I am continuing the legacy left by my predecessors.

My passion for representing grew as I noticed early on in my career the favoritism the inequalities and the mismanagement that existed in my local office. I found myself relying on our National Agreement, Whistleblower laws and Bullying policies to combat and challenge things in my workplace. The more I learned the closer It felt to justice. This opened the door to my journey, I never looked back after that, Today I am the only officer in my local ever to have a local position as Treasurer, a Council position as Health and Safety Officer and a National position as Member at Large for the Young Organizing Unionist for the Next Generation Committee otherwise known as Y.O.U.N.G. . Being able to help employees who can't help themselves for me is the biggest reward. Contributing to this great Federation that has made me grow makes us Big Enough to Win. 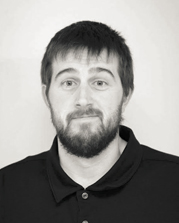 Ryan has served as the district 4 YOUNG coordinator since its inception. He also served as the first national chair for the group and has been dedicated to the furthering of adding young members to the union since he became a unionist.

He currently serves his local as Legislative director and his national bargaining council as a national council rep for council 220. (SSA Field) he serves as social media and chair of the publications committee as well as webmaster for council 220.

Outside of our union, Ryan is happily married to his high school sweetheart, Bristol and shares his spare time running after their five daughters: Jadelyne, Madagan, Emersyn, Aniston and Gracyn. He enjoys acting and serves as board historian for the Lincoln Theatre Guild as well as volunteers time for his local chapter of Knights of Columbus.

Ryan feels strongly about workers rights, and lives by the motto that: " Together we bargain, divided we beg."

"TOGETHER WE BARGAIN DIVIDED WE BEG"

To continually strive for compensation that is fair and equitable.

To assure the individual dignity of each worker.

To provide an atmosphere of free expression within the union and out.

To guarantee "fairplay" to all.

To spare No effort To provide safe working conditions.

To help make your job the best place in the world to work. 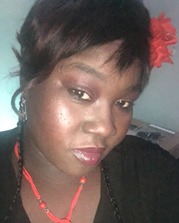 Alisha Williams is a Y.O.U.N.G.  Committee board member who helps to fight injustices against federal workers in our nation and abroad.

Alisha believes in equal rights and fairness for workers and persons of different ethnicities as well as social norms. Alisha has worked and supported the American Federation of Government Employees and Y.O.U.N.G. committee.

*** It takes a village to raise a child and that same child can grow up and build a nation of villages. 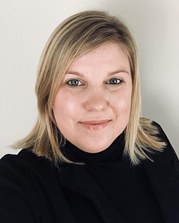 "The next generation will not charge us for what we've done; they will

charge and condemn us for what we have left undone."

I believe we owe it to those who came before us to continue their work, and leave the next generation with something more.  The labor movement is not just our history, it’s our future.

"I believe in honesty and integrity, having a belief system that you've thought through and then stick to. I believe in being creative and contributing, and I believe in taking a stand against injustice that you encounter in everyday life and not being idle in that respect." -Talulah Riley

Senior officer specialist with 3 years of service in the Federal Bureau of Prisons. 5 years of prior federal service as a small arms repair foreman in the US Army. Union steward with AFGE local 801. 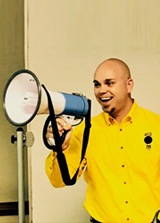 Joel D. Smith is dedicated to the Labor Movement. In addition to serving as the YOUNG Coordinator for District 10, Council 220, and Local 3184, Joel is a Legislative Coordinator and aggressively preserves Employees’ Rights through representation with grievances, UMGs, ULPs, and EEOs.

Joel created BargainNotBeg.com for creating a tool for educating our labor leaders of tomorrow-today. After serving four years in management, Joel operates by a Mission of, “I WOULD NEVER ALLOW FOR ANYONE TO BE TREATED THE WAY THAT I HAD TREATED THEM AGAIN.” 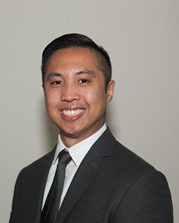 I guess you could say I was a mostly complacent and easygoing federal employee most of my career. My younger brother was an exceptional union steward at our TSA local. He was targeted by management and eventually put into a forced resignation situation. I had a lot of anger towards my agency and didn't really know how to focus it afterwards. He probably would of came out on top if he had the Title V labor protections that all the other agencies had. My local president eventually asked if I wanted to help change things through the LPC program. l saw this as a chance to make a difference within the agency for TSOs, so I eagerly accepted. What I've found is that every time I make progression, there is always some new and bigger thing I need to achieve to get TSOs closer to Title V. It all leads to the same thing--unions as a whole need to become stronger. Being active and fixing the symptoms usually means addressing the systemic issues that exist. Though I'm not as experienced as my peers, I believe that I can still contribute by bringing my contagious enthusiasm to the table for the labor movement. 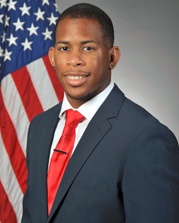 Kendrick Roberson hails from Carson, California in the County of Los Angeles. Having first attended El Camino College, Kendrick attained an Associate's degree in the field of Economics. During his time at El Camino College, Kendrick was a winner in a nationwide competition hosted by NASA and began his current job at the Los Angeles Air Force Base: Space and Missile Systems Center. In 2013, after transferring to Pepperdine for his undergraduate career, Kendrick achieved his Bachelor's Degree in Economics, and was accepted into Pepperdine's Graziadio School of Business and Management. Kendrick finished his time at Pepperdine by delivering the student address during his graduation ceremony.

Kendrick joined the Union in the year 2016, and was selected to become the Local 2429 Y.O.U.N.G. representative in 2016. In 2017, Kendrick became the Y.O.U.N.G. representative for District 12, and was placed on the National Y.O.U.N.G. Committee. While it may seem a platitude, Kendrick truly believes in fighting for hardworking employees. He is driven to eradicate workplace bullying, mistreatment, racism, and profiling. As such, Kendrick is constantly soaking in new knowledge that will aid in clearing the muddied waters of workplace inequality. 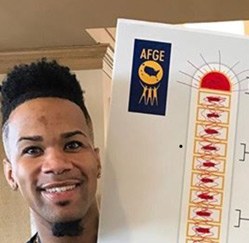