The purpose of the HRC is to implement programs around civil, human, women and workers’ rights and study and propose legal, legislative and/or administrative proposals relating to improving working conditions with a focus on eliminating employment discrimination in the federal and D.C. government.

These proposals may be presented to the National Executive Council (NEC) through the National Vice President for Women and Fair Practices. The topics of these proposals include but are not limited to eliminating discrimination based on race, color, age, sex, religion, national origin, disability, political affiliation, personal appearance, family responsibility, sexual orientation, gender identity/expression and/or pregnancy as they relate to the quality of life for AFGE members, their families and their communities. These proposals once adopted by the NEC may be implemented or lobbied for internally and externally to accomplish the goals of AFGE.

The National Fair Practices Affirmative Action Coordinators (NFPAAC) were established by Convention action in 1980. The NFPAAC is charged with mobilizing AFGE members around civil, human and workers’ rights issues in their District, and to work closely with National Women's Advisory Coordinators (NWAC) and the National Vice President for Women and Fair Practices to help raise the profile of civil and human rights and strengthen the workers’ rights agenda in their District. These Coordinators represent members on EEO issues, they monitor trends in EEO laws and regulations, and they may recommend a national action plan for AFGE. They also provide training on EEO issues throughout the District that they represent. 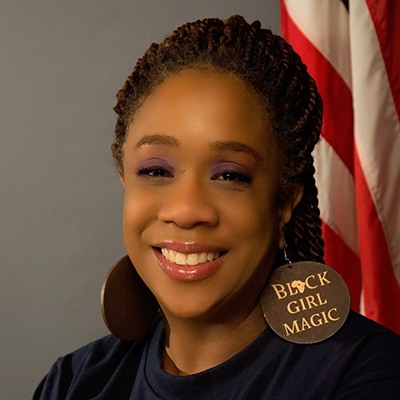 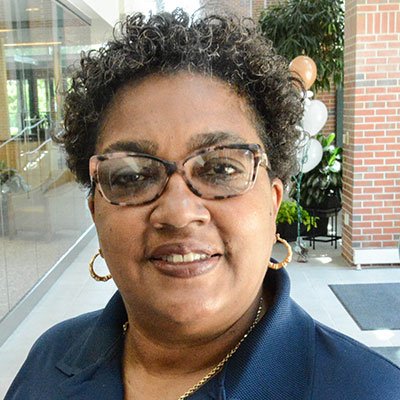 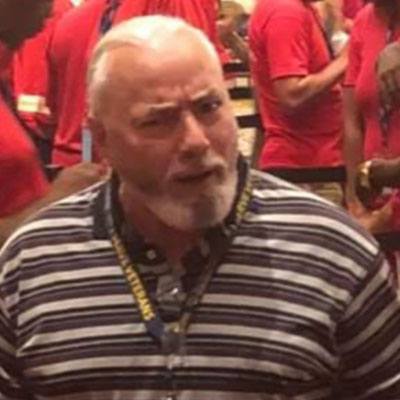 I am Jake Baker, a 40 year employee of the Department of the Army. I was a Navy brat and as such had a rich and diverse background for a child, when it came to various customs and cultures. All of which were far different from the Ward and June Cleaver household I grew up in. In 1981, I joined the United States Army, I am a Veteran and was a Paratrooper assigned to the 82nd Airborne Division. I served in Operations Gallant Eagle and Urgent Fury. After the Army I started as a Civil Servant at Ft. Bragg, NC and became a dues paying member, in April 1989. After suffering a poor management official I became a labor activist in January of 2009. I served as a steward, and on the Executive Board of the local. I am currently the Chief Steward and Fair Practice Program Director for AFGE, 1770. In 2015, I ran an unsuccessful bid for election against the Civil Rights Icon, Ms. Augusta Thomas for the National Vice President of Women's and Fair Practice. Which brings me to today, and being appointed to the 4th District, Fair Practice Affirmative Action Coordinator, by my NVP. 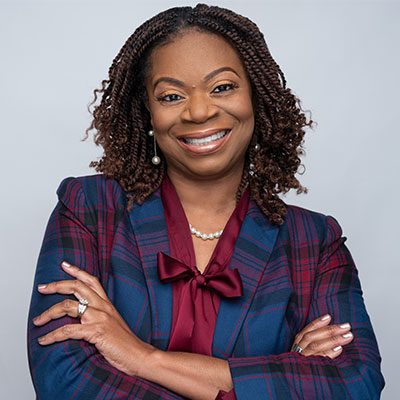 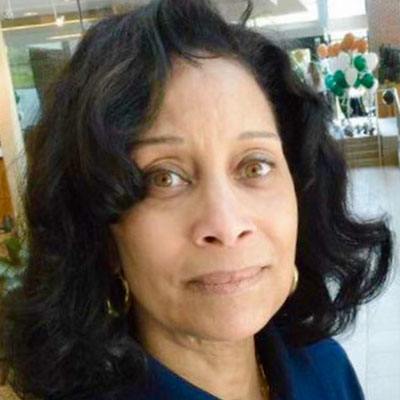 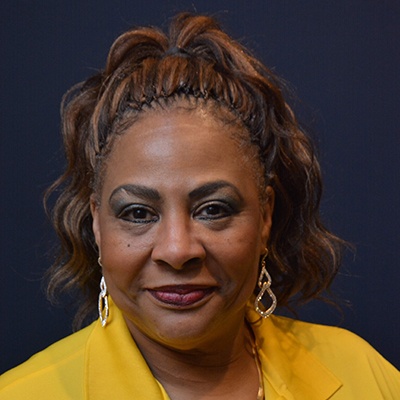 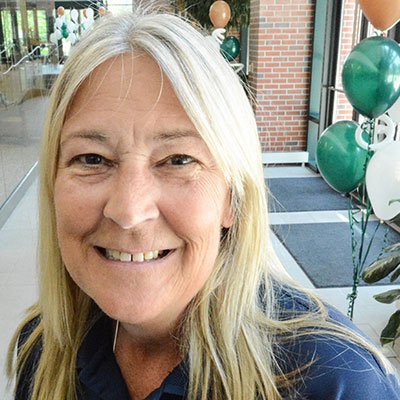 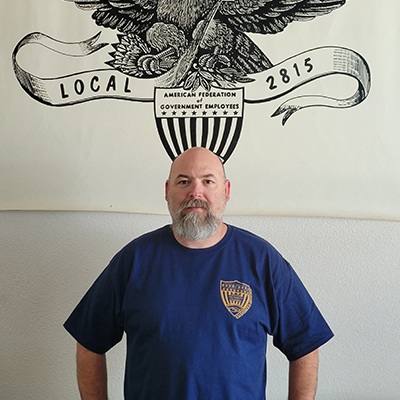 I started my federal career in August of 1999 at Fort Polk Louisiana I was a WG 5 temporary Heavy mobile equipment mechanic helper. I left FT. Polk in October of 2000 to work in Bosnia. I returned to federal service in April of 2002 at Fort Hood Texas on a temporary appointment, from there I went to McAlester Army Ammunition Plant in McAlester OK in July of 2002 as a term employee. In November of 2003 I accepted a permanent appointment at Red River depot. I returned to McAlester Army Ammunition plant in July of 2004 to the present time. I am currently a production machinery mechanic and vice president of local 2815.

I come from a union family, my father was a steward and a vice president at Fort Polk Louisiana. I didn't realize how much I learned across the dinner table and going to union meetings with my father, until I started working at other installations outside of Fort Polk. I became a member of local 2815 in 2008 I have served as president and vice president; I am currently vice president. 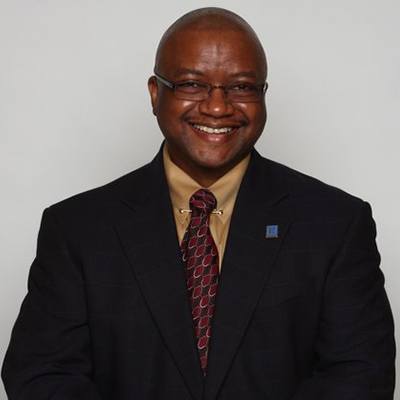 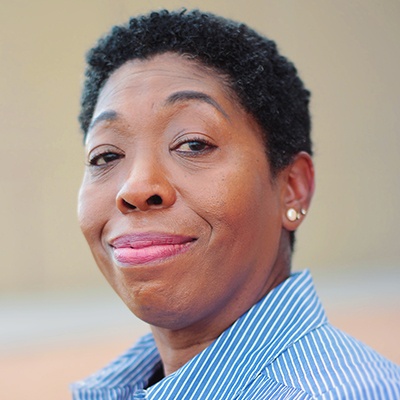 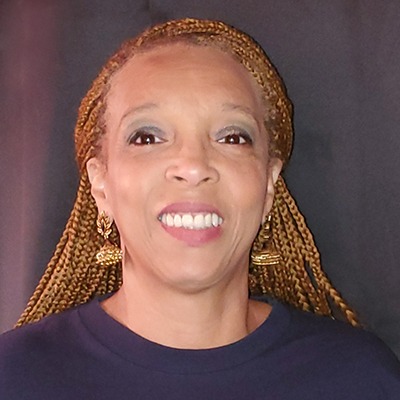 Ms. Roslyn Austin is District 12’s National Fair Practice Affinitive Action Coordinator. Roslyn is also serving as President to Local 2429 located in Los Angeles CA. She began her government serve in 1980 and is Air Force Veteran after servicing 10 years active duty service resulting in the award of an Honorable Discharge.

She has spent countless hours developing programs that educate and directly benefit her membership to include how to properly file grievances, identify and document disparate treatment, harassment and discrimination, and now performs this services to AFGE District 12’s membership

Roslyn worked in partnership with local agency leadership on how to identify and reduce/eliminate unfair labor practices. She established partnerships with agency management that resulted in reduced grievances and better management to employee relationships. She has established many partnerships with her local political officials have developed a robust Political Liaison Program that provides information and is disseminated via private email and social media. Roslyn is an elected active delegate with the AFL-CIO, Los Angeles Federation of Unions. She works tirelessly with other national and local unions to strengthen the labor movement.

Roslyn was awarded the first every AFGE Veteran of the Year awardee She worked in partnership with local agency leadership on how to identify and reduce/eliminate unfair labor practices. She established partnerships with agency management that resulted in reduced grievances and better management to employee relationships trained more than 13 union stewards.

She was recognized at the 41st Triennial National Convention, The Los Angeles NAACP Youth Council “This Hero Appreciation Award”, Commendation from the County of Los Angeles in recognition of dedicated service to the affairs of the community and for the civic pride demonstrated by numerous contributions for the benefit of all the residents of Los Angeles County. She became the first person from District 12 to graduate from PORT Leadership Academy in October 2019. 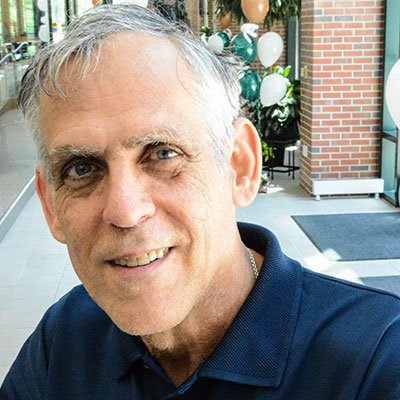 The National Women’s Advisory Coordinators (NWAC) were established by Convention action in 1974. The NWAC is charged with mobilizing AFGE members around women's issues in their District, and to work closely with the National Fair Practices Affirmative Action Coordinators (NFPAAC) and the National Vice President for Women and Fair Practices to help raise the concerns of women and working families and strengthen the women’s rights agenda in their District. These representatives monitor trends in women's and working family issues, they may recommend a national action plan for AFGE, and they represent members on women's and working family issues.  They also assist Locals in training sessions throughout the District where they were elected.

The National Women's Advisory Coordinator will: 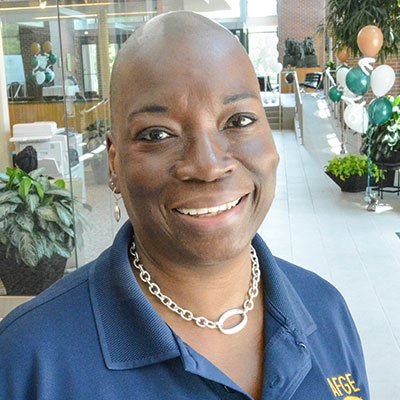 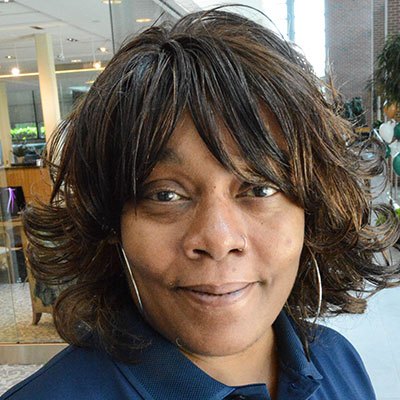 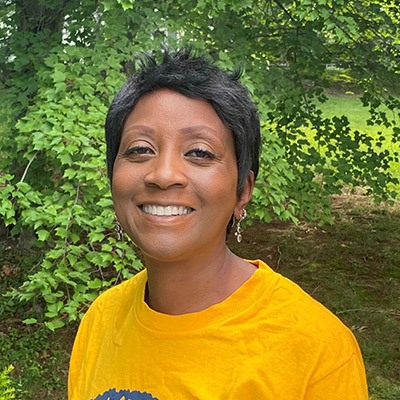 My name is Terri Heymann, I am a divorced mother of 3. My children are Ashley, 33, and Daniel and Erika, my twins who are 27. I work for the Social Security Administration and have been there for 34 years. I am currently a Claims Specialist. I live in Columbia MD, and work in the Wabash Building in Baltimore MD. I have been an AFGE member from the first day I started at SSA in July 1989. I am currently 2nd VP in Local 1923.

I became a Union Steward in 2015, I have always been an outspoken advocate, so I discovered a real passion for the work of the Union, the unity it signifies and the valuable assistance we offer to our membership. I attended Steward training in 2016, Advanced Steward training, EEO basic and Intermediate training, ULP training and Worker’s Compensation training. I became Women’s and Fair Practices Coordinator for Local 1923 in 2020, In that role I informed the Local of free EEO trainings and Webinars, and sent emails to the local concerning the latest in information on CDC guidelines, news concerning Federal Employee’s, Agency reopenings and the latest in updates and policies. I became Legislative Political Coordinator for Local 1923 in 2021. I represented AFGE and the Social Security Administration by lobbying Congress for oversight of the Agency for the 6 month Telework Evaluation period, an adequate budget, and the reopening of our Contract.

In my spare time I enjoy cooking, hiking, and spending time with family and friends. I am looking forward to being Women’s Coordinator for District 4, and working with each Local to give them the support they may need. 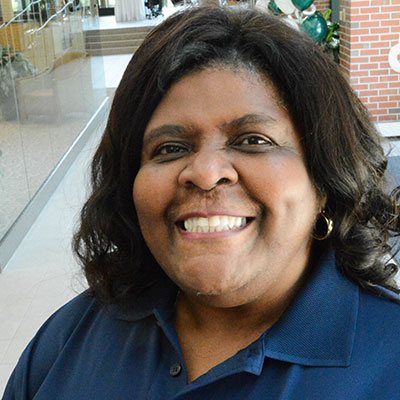 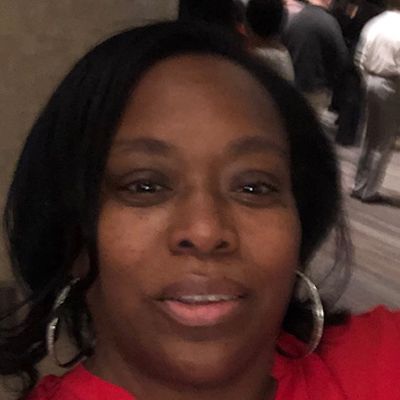 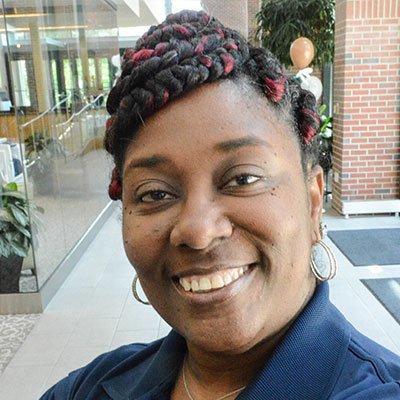 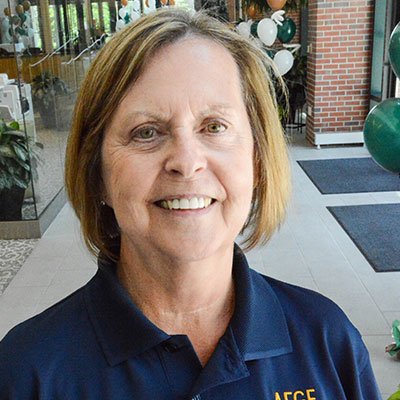 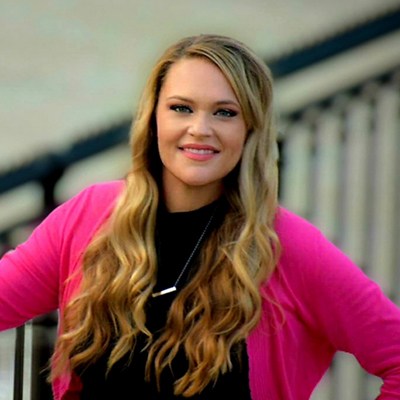 I am a mother, I am a wife, and I am a unionist. I've been employed by VA, Members Services since 2006 as a First Party Representative, and have been a VA mediator since 2012. I serve as the AFGE Local 906 President, and Women's Coordinator at the VA in Ft. Riley and Topeka KS. I've carried every position within our local, except Secretary/Treasurer, since 2007. I served as the National YOUNG Coordinator for District 9 from 2016 – 2017.

I was raised not to judge individuals based on the color of their skin, gender, or disabilities, because those are things an individual cannot control. We may have differences, but we are not less because of them. My advocacy of others began at a young age, when kids would pick on other kids at school with intellectual and developmental disabilities. I began playing with these bullied children at recess rather than with my other friends, and slowly integrated them in with my classmates on the playground, illustrating they we're different, but not less. During my teenage years I babysat, and worked for a company caring for children and adults with intellectual and developmental disabilities.

In High School I chaired the Student Advisory Board committee where we reviewed disciplinary actions of students, and made recommendations. We were heavily involved with community programs, and volunteering. We also made sure our school was preparing us for the "real world" after high school by offering free financial courses, and conducting poverty simulations. I was nominated by my High School Principal for the "Making a Difference Award" that the City of Topeka Kansas gives to one resident every year.

Advocacy, education, and influence have always been a consistent passion of mine. Lobbying, litigating, and representing federal employees has changed my life, and really helped me grow as a person. I feel like I'm right where I'm supposed to be in life. 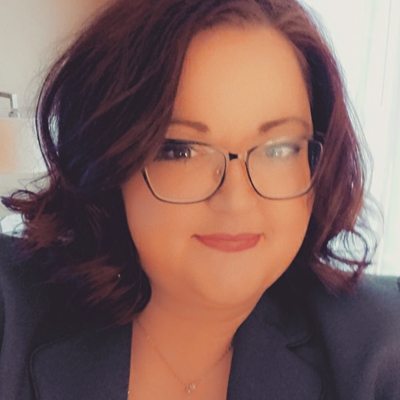 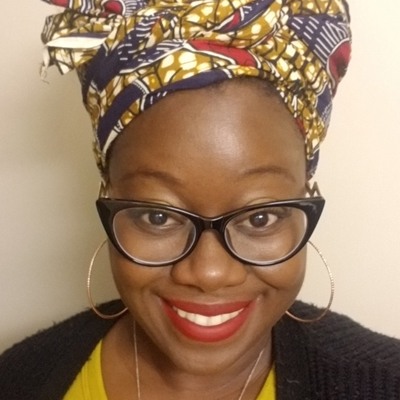 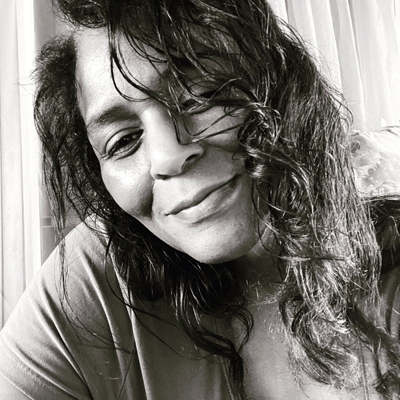 Tyra McClelland has been a member of American Federation of Government Employees (AFGE) for more than 10 years. She began her union career as a representative for AFGE Local 727 Court Services and Offender Supervision Agency (CSOSA). Shortly after joining AFGE, Tyra hit the ground running. She was elected as the local's Secretary Treasurer in 2011, and became the local's Women's Coordinator, as well as the Legislative Political Coordinator. As true unionists do, Tyra is involved in many AFGE committees to include Y.O.U.N.G, Pride, AFL-CIO, and the Law Enforcement Officers' Committee. She was also one of the first to graduate from one of AFGE's premiere advance training programs, P.O.R.T. and P.O.R.T. II: Advance.

Tyra holds a psychology degree from Bowie State University. She is a state-licensed Addiction Counselor and Domestic Violence Counselor, as well as an executive board member of her daughter's Parent Teacher Student Organization. Tyra is currently gaining her certification in Paralegal Studies.

One of Tyra's strengths is her ability to maintain a healthy work/life balance. As a single mother of three children, she is extremely proud of Andrew (member of his Union), Dwayne (a decorated Army Veteran and Union member), and Taryn (a high school honor student).